Configuration and use of the WebDAV server integrated in PicApport

With the release of version 10.4 a new feature was introduced in PicApport to configure a WebDAV server optionally.

This has significantly enhanced the possibilities of client-side photo management:

The WebDAV shares are easily done during the configuration of the PicApport photo directories (see parameter robot.root.n.webdavmount in the PicApport-Server Guide).

A user group is automatically created for each configured WebDAV share. Only users who are members of this group have access to this directory and all subdirectories.

A user always has full access to the WebDAV shares assigned to him. This includes update or deletion of files.

In the about-dialog (About PicApport) of the web interface the  WebDAV-Control shows which WebDAV shares are available for the currently logged in user.
The WebDAV-Control is only visible if at least one WebDAV mount has been defined. 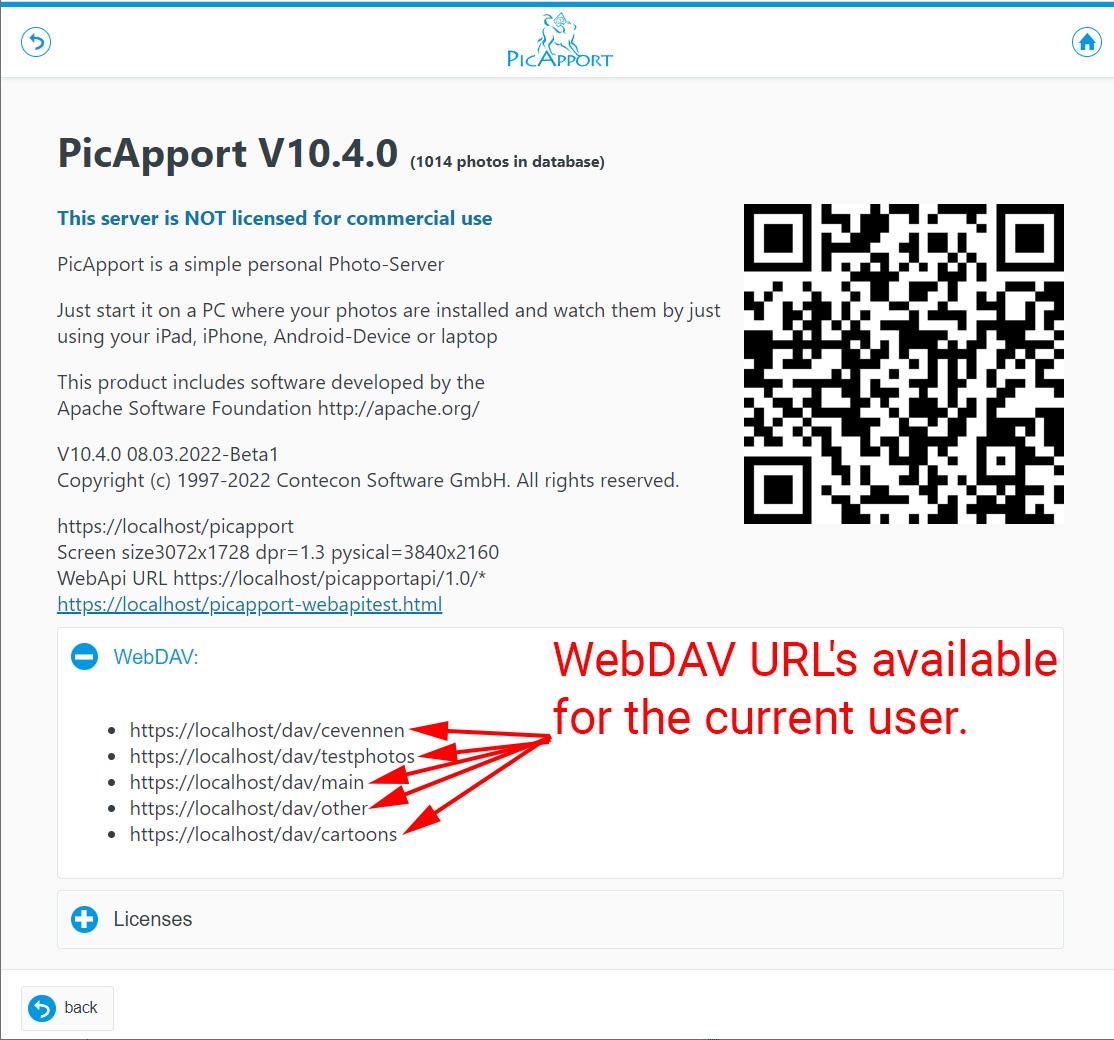 A detailed description of the configuration parameters for the WebDAV server can be found in the PicApport-Server Guide.

Examples of embedding the WebDAV server for different clients

To make the following examples work, the user picapport with the password picapport was added to the PicApport user group WebDAV.main.

The German PicApport Demo can also be used for testing. Userid and password is picapport. The Demo-WebDAV server runs in read-only mode. Updates are not possible.

The following examples all refer to the following configuration (Windows, all images on D:\Photos):

Use as a network drive (net use)

Use with Total Commander

PicApport implements a Class 1 WebDAV server. For more information see: https://en.wikipedia.org/wiki/WebDAV
Locking, as required in Class 2, is therefore not supported, because it is not necessary for PicApport.

HTTP Basic Authentication is used for authentication. See: https://en.wikipedia.org/wiki/Basic_access_authentication
Therefore we strongly recommend to use the encrypted SSL protocol for the WebDAV functionality.
See also parameters server.ssl.* in the PicApport-Server Guide.